In my defense, It’s still the new year.

I went off towards the end of last year because I had a lot of learning, unlearning and relearning to do and there was so much on my plate but I am back this year and I’d ensure I keep this going. (I’m sure some people are already rolling their eyes like she said same last year but I truly intend to keep this running).

I would try to put my posts up Bi-Weekly and I hope they’d be engaging enough to keep you glued and coming back.

It is 2020. You know the way we spoke about 2020 like it’s in 5 million years away?  Well, viola 2020 is here and I’m super grateful for this new decade and what it has in store for us all. Alot has happened this year but I am grateful I am still here.

There is so much to talk about and I don’t even know what to start with but let me start by asking what your new year resolution is?

For me, I’d say one of the things I’ve resolved to do better this year is to increase my saving culture and get very financially literate. As we progress in the year I’m hoping I would be able to share some tips on my financial literacy.  However, let me start with this. Saving and Investment. It’s the 21st century and it has become increasingly easier to save with the fintech companies everywhere (Fintech refers to the integration of technology into offerings by financial services companies in order to improve their use and delivery to consumers)

I’d list 3 apps that I have used and have helped me save:

Piggy vest offers options to save and invest and this is the reason why it is my go-to.

Under the Save option, you have 4 other sub-options

If you feel Piggybank fits your need click the link

The downside is that there is no investment, it’s pure savings, however, most people use this app because of its loan option.

I’m guessing by now you’re checking one or all of this out, that is if most of you are not subscribed to them already. The road to financial freedom is gradual and it could start here.

I hope you have gained something from this.

The sky is large enough for all birds to fly.

A bird is an animal and generally animals are said to have lower IQs than humans but you don’t see a bird trying to bring down another bird just because it wants to fly. Instead, you see them flying TOGETHER like this. 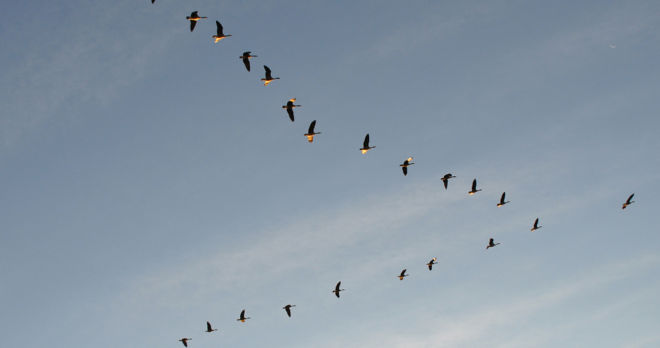 So there really is no need trying to tear another person down because you want to get up.

An employee is cooking up stories because she wants to get on the good side of the boss.

I posted a link to a blogger on my WhatsApp status, and someone is saying to me. You’re a budding blogger, and you are posting the post of another blogger that is already established don’t you think this would make people move their attention from you to her. And 2 things I said. My ardent followers would always be my followers and would always read my posts and if they’re porting then it means I need to up my game and create better content.

Every seeming competition you have should be seen as a motivation to do better and not as an enemy you need to fight. Because on the long run you spend so much time and energy trying to bring the person down that your own work and progress is neglected.

Someone made this point; If others are trying to floor you and so you have to do the same to show you’re not stupid. But what I’d say is an eye for an eye makes the whole city blind. You can never go wrong with kindness. Let them try and let your work speak for you.

Live and let live. The more united we are, the better we work and the more we bring to the table.

It was a Beautiful Tuesday. I woke up by 7am, thought of a way to get up, dragged my lazy self up, prayed, brushed my teeth and had my bathe. I already wished the week should end. But then It was still Tuesday, a work day.

It was about 8:10am now so I went outside to get my Keke( tricycle).

I‘m standing by the road trying to flag kekes down but none was going my way. Time was ticking fast, and I really wanted to get to work before 8:40.

So I kept stopping them.

And I kept getting nos.

One finally stops, and my mind whispered to me “Ah the chosen one.“

So I told him where I was going and he said 120. My pupils fully dilated I was shocked. I asked if he knows the place and he said yeah… 120 and I thought ok wow.

And I thought again. Heaven sent.

So I hopped on and we started our rather interesting journey.

We take the round about and took the second exit. We were still on track. Then the cute fair Hausa lady stops him and says.. A.a Rano. Which is just 6 minutes away but this wonderful Keke man looks back and asks me “Hanyan mu ne?” ( Is she going our way) I‘m like it’s just down there. That was when I got uneasy…

So I asked him again, do you know independence road. He says “Haba Na Sani mana”(come on, I know the road). So I sat back. The beautiful lady alights and we went on then after about 200 meters l, we pick 2 other persons.

I was on a phone call when he picked these people so I didn’t know where they were going.

We got to another round about, and he was supposed to take the second exit but he’s going straight. In my mind I‘m thinking gbomogbomo leleyi oo(this one is a kidnapper oo.) so I tapped his shoulder and asked where he was going he now smiled and said he was going my way, o didn’t even talk I just pointed left, as that was the direction I was headed. Then he says ooh he didn’t know he thought all of us were going straight. One of the other guys looked at him and said he was just waiting for him to waste his fuel down the road. Then he‘d ask him to turn back and take the right turn.

Apparently we were all going different ways but this guy who didn’t know the road kept going straight. He now wanted to start arguing I just gave him 100 naira and walked away but the other guy. He came down and just went. No money, nothing. The keke man wanted to shout and cause a scene but then again the guy in the last guy in keke said he was going to also leave without giving him money.

I just crossed over and stopped another Keke.

That’s how my miracle Keke was going to give me a very miraculous head ache.